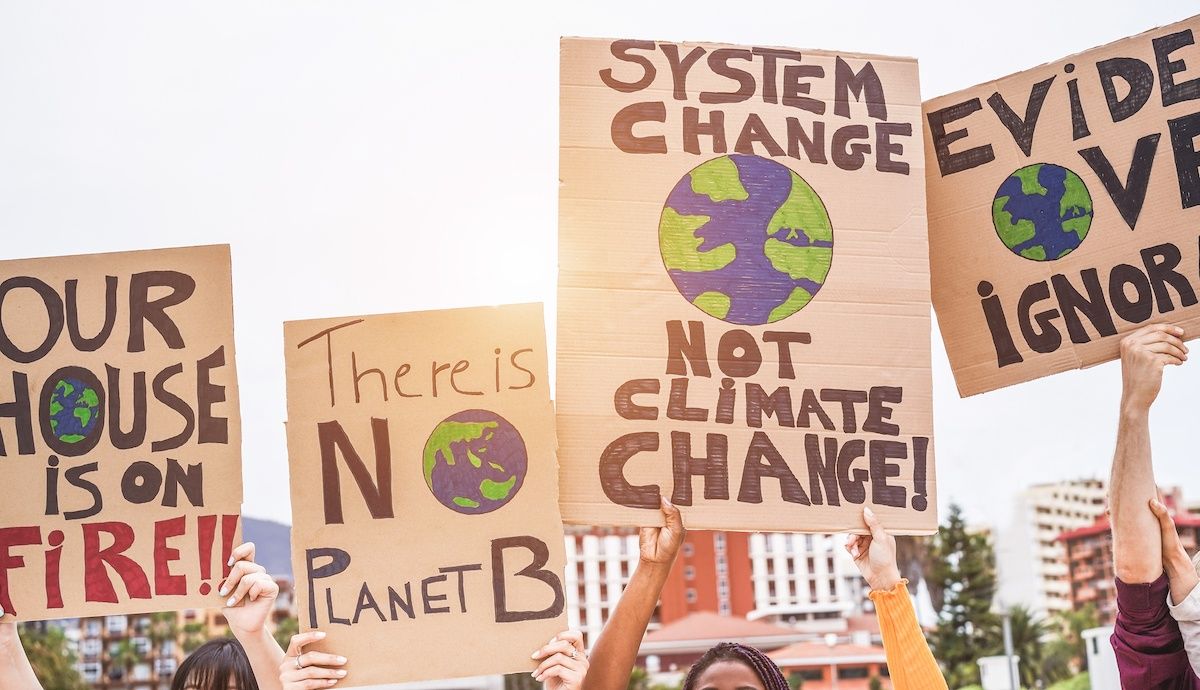 Many of the trends are quite retro again or re-inventing a previous style or theme.
Of course, you might not want to follow the crowd, but the trends and their themes can help you when you are struggling for an initial idea, or maybe want to get on board with more socially seen trends.

Let’s have a look and maybe consider how they can impact your creative video work.

Bit of a no brainer really, 100 years since the Roaring Twenties and the idea is that this year will revisit this, with ornate geometric patterns, Art Deco colour palettes and graphical elements.
It could be a bit twee, and using it in a video needs to be well considered. By using too much, could be overwhelming and cliched, by making use of the patterns and rhythms of the art deco style, you can use it in a more contemporary way.

A slightly odd one, it has a broad catch-all group, and in a way, some of these make strange bedfellows. Shutterstock have this ranging from Spiritual to Demonic, and along the way including palmistry, astrology, magic and alchemy.
They suggest it can lighten or darken the mood you are setting, but it feels overall as quite a dark subject and would make some people quite uncomfortable. Needs to be used with careful consideration in a video, potentially used to create an atmosphere, rather than an overall theme.

A trend that works across the board; from fashion to the home, big and blousy flowers, this is not for the faint-hearted!
Individual blooms, flower walls, a festival and riot colour and life, almost the polar opposite to the Occulture trend.
In a video, it could be used as a pattern, or more interestingly as a focal point which is returned to throughout the video. I’m not suggesting the opening of Blue Velvet, but that saturation and impact of colour in the opening scene could be emulated using big blooms!

Those are the three major trends, with another five rising trends.

With the development of CBD oil, and the use of hemp in fabric, furnishings, paper products, cosmetics and much more, Cannabis is moving away from its historical context and more into the mainstream. Shutterstock seems to be tying this into the 60s; however, I don’t think that is relevant to all people.
But whatever it was associated with maybe five years ago it has changed, and the imagery surrounding it is very much representative of that.
In a video, it could be used as a textural quality, or used as a basis as more organic and natural living.

I feel that this trend fits in with the Roaring 2020s, and you can see the two of them working well together.
One of the ways this trend has developed is the move of a particular smartphone to encourage everyone to use their ‘dark’ mode. Used in a video as a way of moving from one element to another would work well, or using it as a visual representation for a mood or feeling.

It is not all about the birds and bees, but much more about human interaction with the great outdoors and trying to reclaim our relationship with it. It includes camping, hiking and adventure; it is not about staying in a caravan park with hot showers and plush toilets!
It ties in the other trends that we will get to, as it overlaps some of those activities.
Imagery for this trend is very naturalistic, relaxed and almost ambient.
It should feel like you could almost reach out and touch it.

Last year it was an Indian based theme, so we have another very tactile trend, it’s all about the brushwork, the colours and the movement.
For video these can be integrated with those forms, movement especially, you can look at it as a very traditional form, including Chinese symbols and illustrations including cherry blossom.

This trend crosses over with the Wild Life theme; using them together can enhance both their ideas, including wild swimming, trail running and mountain biking, for example.
Looking away from the combined themes, Game On is sport and fitness-themed and isn’t just about winning; it is about taking part, being determined and not giving up. Using sport to empower and push equality across all boundaries.
When using in your video, there are so many opportunities to use this trend to convey your message; sport is a universally understood language, especially the emotions attached to it.

Lastly, we have their ‘One to Watch’,

The choice of this trend follows the two of the previous couple of years, which included The Global March and Beyond Plastic, a trend which follows a natural movement.
You could also suggest that as some of the other trends, it looks backwards as well as the current day, many of the illustrations they feature have historical themes, and the other style feels much more homemade and self-created.
As far as using this in your video, the styles and especially fonts could be helpful in the creation the style and format, plus titling ideas.

At least this year’s trends are not trying to thrust you back into the 80s, many feel more organic and naturalistic, considering the current climate, both mentally and physically that feels like a good thing.

Let us know what you think of these, and if they are still relevant to the quickly changing world in which we live.