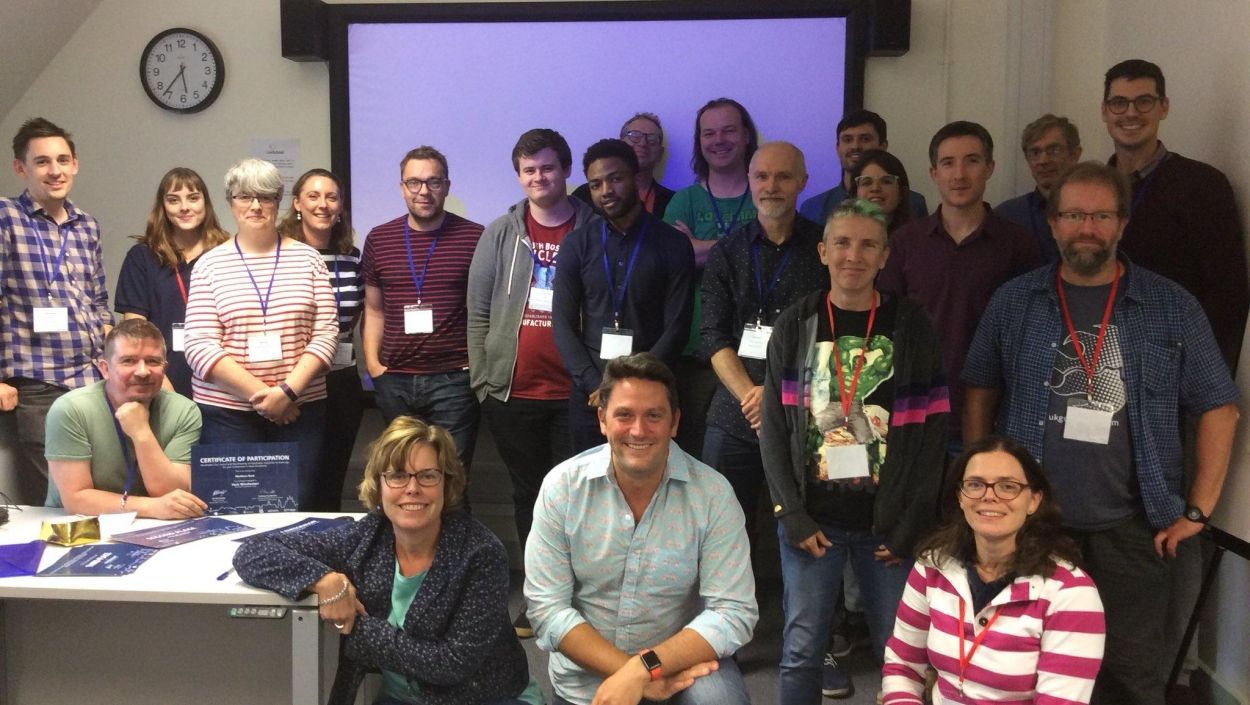 You should step out of your comfort zone and try something new and different, that was me on Saturday taking part in the first #HackWinchester event.

Based at the University of Winchester the event was organised by the University, Winchester City Council and AHA Digital. It was the follow-up event to #unconference which had taken place in May at Guildhall Winchester.

The aim of #HackWinchester was to expand three core ideas that had been discussed at the unconference and voted to be taken forward and developed further;
• Supporting local businesses (both urban and rural)
• Attracting and retaining young people
• Co-working spaces

The overarching theme of the day was ‘How can technology and data be used to help tackle issues affecting people and businesses in Winchester?’ This was the concept that really caught my eye and I was keen to see what you can do in a limited time.

As a ‘hack’ newbie I had no idea what would really happen, I tried to step in with a completely open mind. I did have the illustrations created by Matthew Buck for Drawnalism to keep me in mind of the #unconference and as always, they were fantastic! 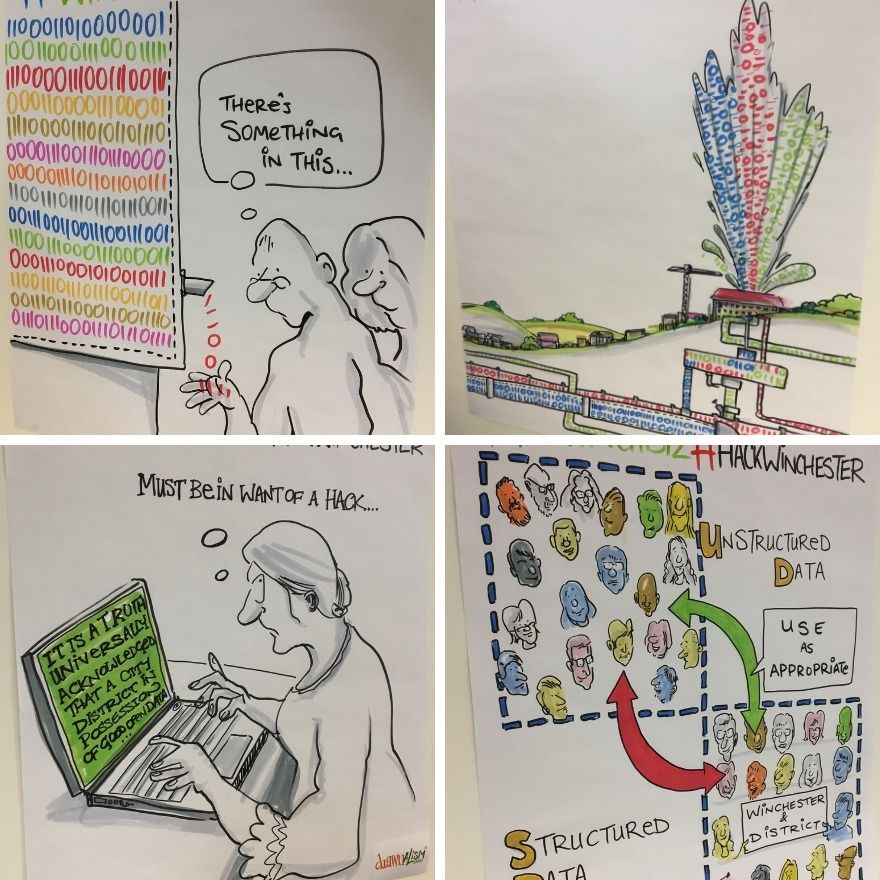 I hoped that not only would I learn lots of new things I would also get to hear different voices who were likely to be at this sort of event rather than the normal type I attend.

I wasn’t wrong on either of those, and I soon realised that I was completely out of my depth on a technical basis, but I could come up with ideas, see solutions from a different perspective and make chatbots out of playdoh! The green one is mine, the one with more pipe cleaner than playdoh was created by Sarah Duggan, who was also sponsoring the event. 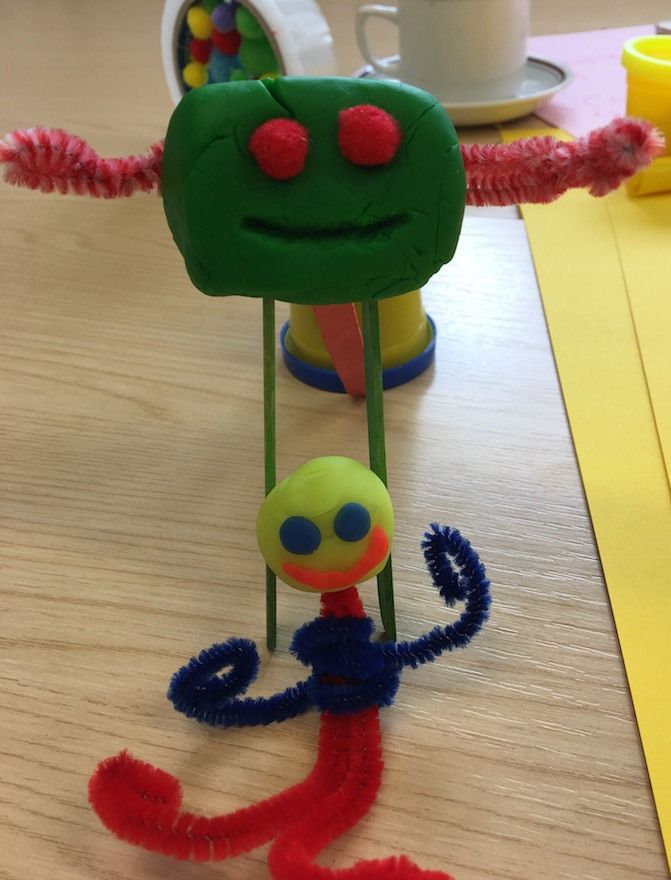 You see, not totally useless!

During the day, we worked through different stages to develop ideas based on the three core ideas.

This started with paper hacking to develop the initial ideas which would be pitched. From the pitching people formed into groups, it was at this time I felt like more of a floater, and in hindsight, I should have attached myself to a group and made more use of myself, but this was a learning day for me!

It was during this group hacking time that I began to see how freely available data can be used to create useful information for people to use, I watched in awe as Chris Gutteridge took information and created a map of Winchester to search for the top rating food establishments near places of interest, he made it look incredibly easy and logical too.

One of the teams I sat with for a while featured Mark from AHA Digital, they were developing an idea based on sharing space, creating co-working spaces where it was previously just wasted or unused space. Their idea was called MatchSpace and looking at it as a company it is such a logical idea. You have some spare desk space at certain times of the week, and you have people looking for a desk occasionally maybe to break the monotony of working at home/on their own. You share the information of what you have available as a company, and the individual can either search that or put out a request for something suitable and it matches people up, what a great and simple idea.
I suggested that they could add specialist areas, after all, we have a studio, which might be too expensive for one person to hire for a whole day. Using the MatchSpace app/website so they could link up with people who like them maybe only need a couple of hours, therefore the studio becomes cost-effective for individuals, plus they can share their skills too. From this idea, we also discussed another location in the city centre that has a fully equipped professional kitchen that is often empty and how that could be used by start-ups companies as they start to build a launch a food based product. Another idea was to add QR codes to empty buildings so potential users of the buildings could get in touch quickly with the right person on the spot rather than having to go away and search.

With so many people at the Hack from different areas of expertise and experience, the ideas were flowing and being added to improve the solutions.

With all the hacking complete, everyone pitched their final presentations or demos, which were all very impressive for only a few hours work.

They included Reactivating Assets, an incredibly good idea for more ‘mature’ people to use their skillsets, plus mentor younger people who are looking to work in the same field as themselves. 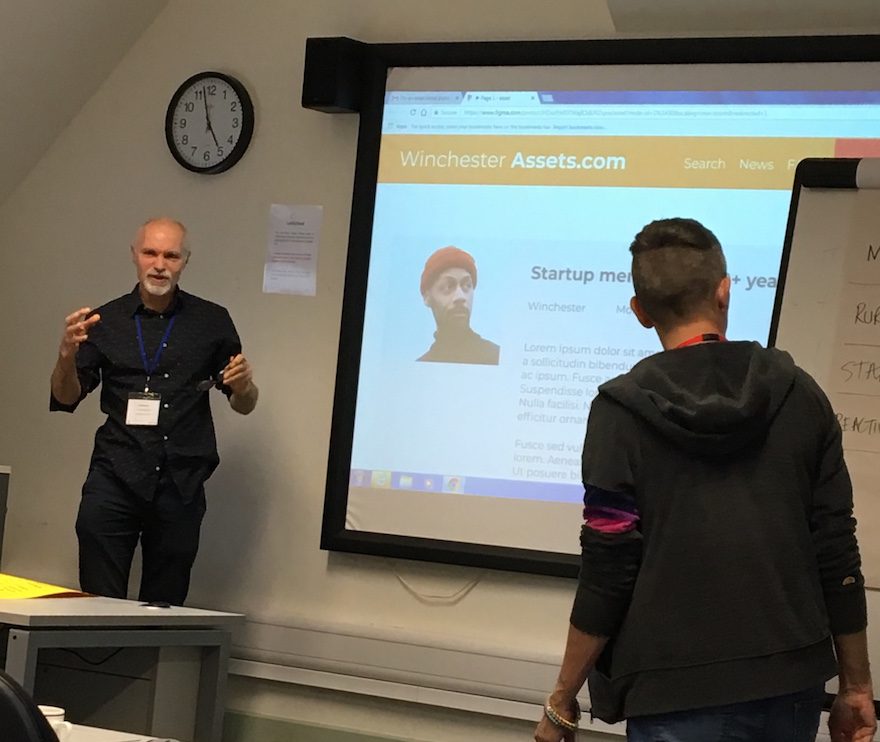 We also had Rural Incubator to maximize the rural business communities, plus Staff Optimizer using real-time customer reviews to maximize customer service in retail or other customer-facing companies. 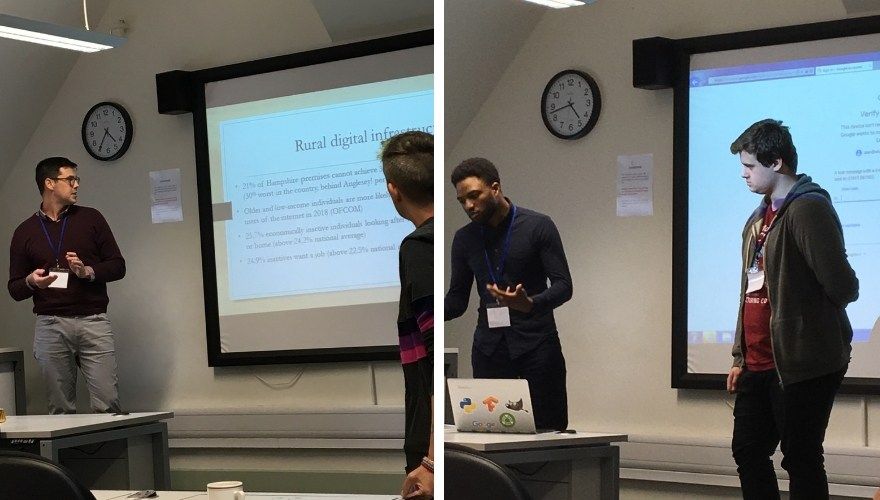 We also had two ideas linked to the citywide WiFi proposal, Dan from Studio Republic put forward his WiFi Beacons idea with discounts built in, and Chris proposed using it in combination with an app or website to enable people to find locations quickly and easily to make the most of their visit to the City. 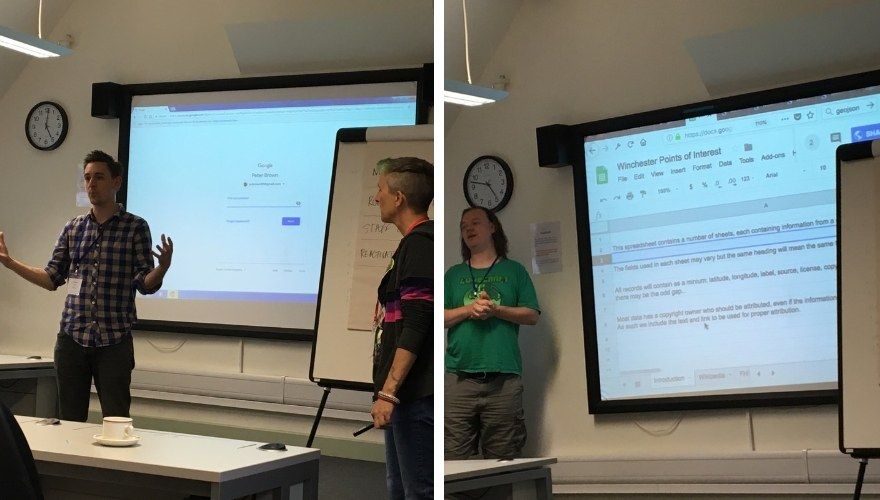 We also had DiscoverWinchester delivered by Richard from Brightful and Ben from Bright Consulting with the idea being to encourage people to collect virtual stamps from places of interest, retail, cafes etc to fill up their virtual DiscoverWinchester card, once complete they would get a discount, plus get a physical reward too. 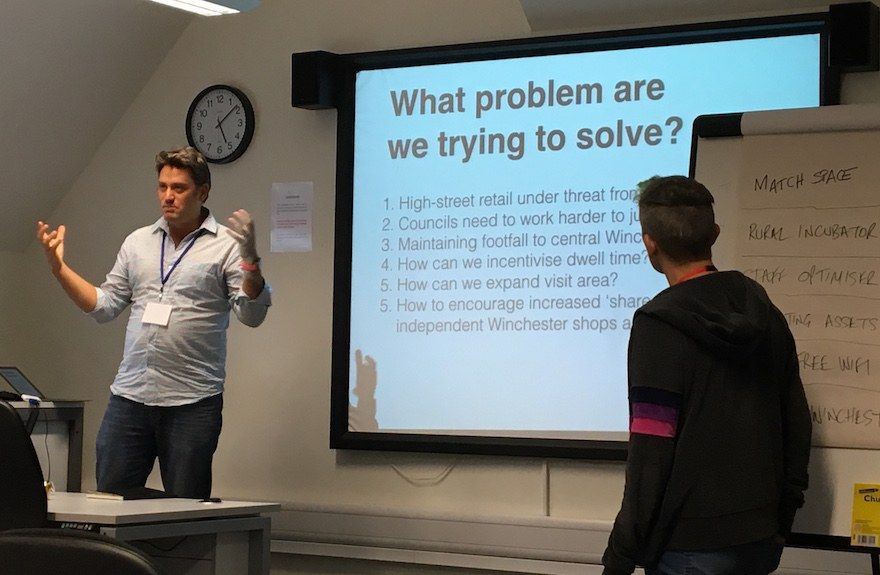 But, the winner was MatchSpace! 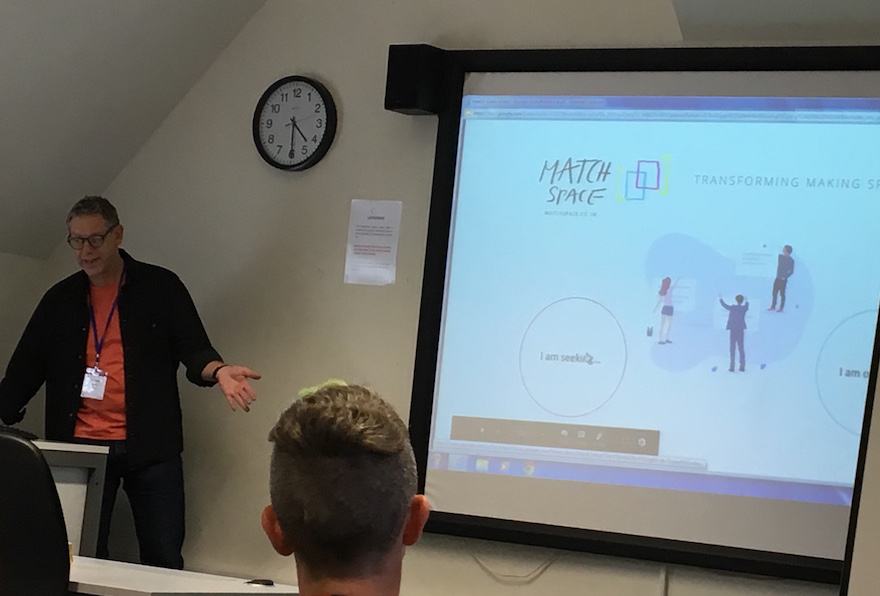 And that was it, the day was complete.

It was an incredibly interesting and diverse day, new ideas, meeting new people and generally splendid! I hope that I brought a little something to the day, lots of tweeting and talking!

A big thank you to Mark, Kate and all the team (including Alison who took the great photo featured at the top of the post!) at Winchester City Council for creating such a great experience and I’m looking forward to the next one!