The theme was making the city of Winchester a ‘premier business location’, and in a roundabout way over 40 different sessions did explore that theme.
What was more interesting to me were how people discussed their ideas, created more solutions by exploring how problems develop and how sometimes what seems so logical in your head sounds very different out loud!

If you weren’t there, here is a brief round-up of the day’s timeline (and what you missed!);
• Getting settled in with a drink and pastry–I was good and passed on the trays of tempting treats!
• An introduction and explanation from Councillor Humby and the Corporate Director for Winchester City Council, Joseph Holmes, on how the day would work, from pitching at the start to the round-up at the end of the day. This was great as most people in the room were complete novices!
• Pitching started, attendees were invited to pitch their session ideas, I went up twice! One of mine was on having a more cohesive business group across the city that would include businesses on the outskirts of the city not just the centrally based businesses. It was great to see so many people get up and pitch ideas, I think there may have been some concerns that not enough ideas would be suggested, but people really got into the swing of it!
• Session grid building; with only 40 session spaces there was some juggling of ideas and putting together of similar ideas and themes; with the grid completed, we were off to the first session.
• Then with some breaks and a little bit of lunch, we seemed to race through the 5 session blocks during the day. Not content with taking part I was also a volunteer, so I was involved in every session and it really did seem to zoom by. 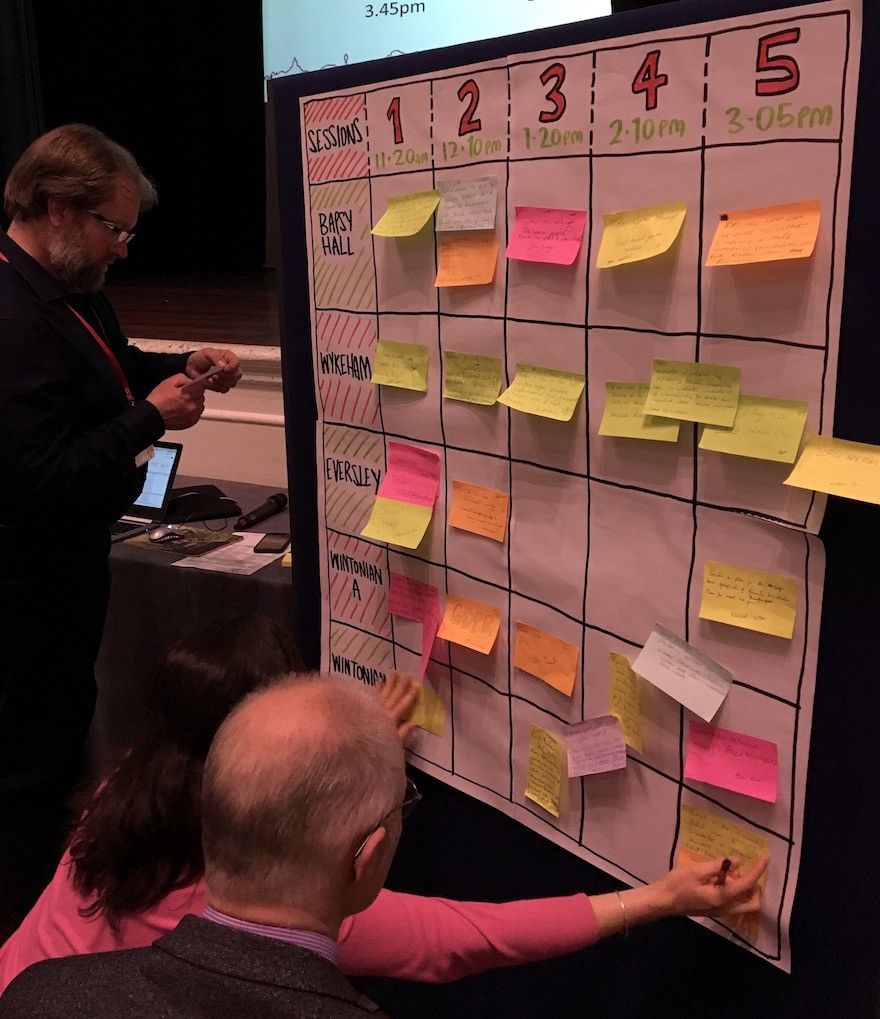 After all the sessions were completed it was back into the Bapsy Hall to vote on the what the attendees considered were the five most interesting sessions from the day and would be taken forward for further considerations by the City Council, these were;
• Supporting local businesses
• Create co-working spaces
• Attract and retain more young people
• Put Creativity and Culture at the heart of business interests
• Support SMEs and businesses in rural areas

These all seem sensible and logical ideas and they would probably be near or at the top of a list created by the City Council, so what was the benefit of spending all day to get to these 5 ideas/statements?
For me I don’t think ideas would have developed in the same way. You had the energy and the engagement, and maybe standing up in front of 150 other people galvanises your commitment and focus to your idea?

My idea seemed so clear in my head, and when I said it out loud, I felt like it wasn’t so strong, and by the time we got to discuss it in the session, the feedback that I got put a different spin on it again and really helped me see the negatives and positives. How you can make a change yourself and not rely on others to make that change.
This is not something that would have happened without last Wednesday. I’m certain that I’m not the only one that experienced this while discussing their proposed idea. You can see live blogs of some of the sessions on the WinchBiz blog. 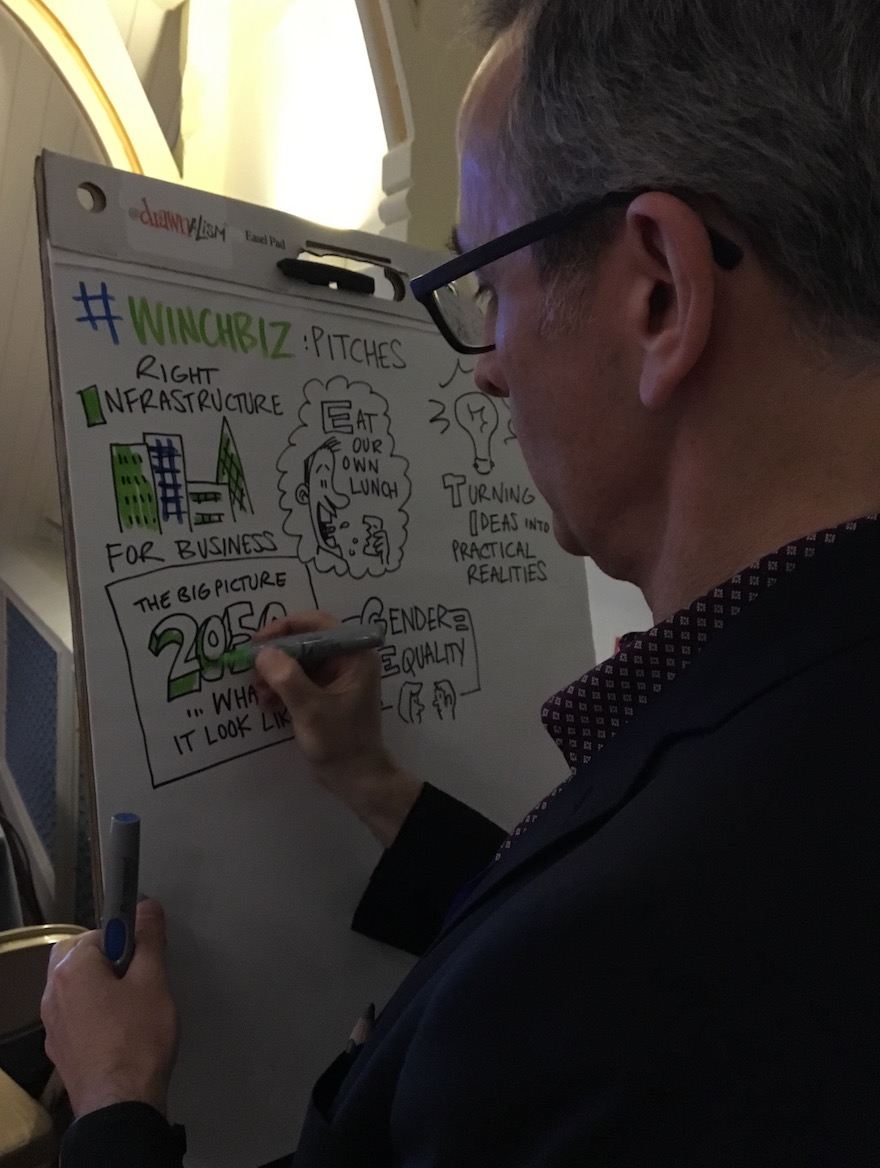 There was also so many other things going on during the day, including the amazing drawings created by Drawnalism. They’ve also written a blog on their day, and you can see more of the great drawings they produced there.
I still don’t know how they do it! Watch the video below of their amazing representation of all 40 sessions that took part during the day.

So back to the start, what I expected and what I didn’t expect.

I expected to see a different group of people to the normal bunch of people you see at ‘networking’ or social/business gatherings and it was certainly that. The mixture of people at unconference were more engaged, tech-savvy, had a voice and wanted to use it. Plus, and more importantly, they wanted to listen and share knowledge, the people I’m meeting more of are looking to share their knowledge and experience rather than wanting to sell themselves as a service—this is such a positive experience.

I really hope that another event like this is run again in Winchester, it was a really positive experience, I came away with lots of ideas, people to continue conversations with and hopefully over a period of time the ideas discussed can lead to Winchester becoming more of a ‘premier business location’.